We are proud to announce the 2019/2020 International Series!

Please scroll down the page to see videos and information about each concert.

Season tickets are now available for purchase for the 19/20 season. This year each season package you order comes with 1 free guest ticket voucher for a friend! Save 20% on the season by purchasing a season package. Add season ticket packages to your online shopping cart by using the window to the right, then click the shopping cart icon in the upper right corner of this page to view your cart and submit payment. (Other order/payment options are listed on this page.)

Guest ticket vouchers – Guest ticket vouchers received with General, Senior, or Student season packages can be used to redeem any of those types, no matter the package type, and can be used for any concert excluding David Russell. Gold Circle patrons receive an extra Gold Circle ticket for one specific concert. Due to limited availability in Gold Circle, Gold Circle patrons need the indicate which concert they would like a ticket for (excluding David Russell) at time of purchase or can contact CCGS about receiving the guest ticket at a later date.

Purchase season tickets in any of these three ways:

Cleveland Classical Guitar Society presents the 2019 Showcase Concert on September 14, 2019, free and open to the public, featuring Grammy-winning guitarist Jason Vieaux. This concert will be held at the Milton and Tamar Maltz Performing Arts Center (1855 Ansel Rd., Cleveland, OH 44106). This event presents the finest local performers free of charge as a way to bring the community together for a night of great music. As a free concert, this is not included in the season ticket package.

Mexican guitarist Pablo Garibay has established himself as a leading force on the international classical guitar scene, with his pioneering interpretations of well-known classics and impressive performances of lesser-known masterpieces. An eminent performer of the great guitar concertos, Pablo Garibay is particularly known for his interpretations of Latin American music. Recent performances have included appearances in Mexico, Spain, USA, Germany, Belgium, and South Africa. This concert is a Cleveland premiere!

Composed of guitarists Meng Su and Yameng Wang, the Beijing Guitar Duo has performed around the world including Canada, the United States, Australia, Europe and China. This duo recently toured as a trio with their famous mentor, guitar legend Manuel Barrueco.

They capitalized on the rich palette of sounds the two-guitar medium is capable of, approaching the music with deeply felt expression.”
South Florida Classical Review

Berta Rojas ranks among today’s foremost classical guitarists. She has been praised as “guitarist extraordinaire” by the Washington Post and by Classical Guitar Magazine as “Ambassador of the classical guitar.” She has been nominated three times for a Latin Grammy Award; in the categories of Best Instrumental Album, Best Classical Album, and Best Tango Album. This concert is a Cleveland premiere!

…one runs out of superlatives when writing about Berta Rojas, it has all been said before, countless times.”
Classical Guitar Magazine

Classical guitarist David Russell is world renowned for his superb musicianship and inspired artistry, having earned the highest praise from audiences and critics alike. The New York Times wrote about his performance: “…his mastery was evident without ever deviating from an approach that places musical values above mere display.” In 2005, Russell won a Grammy award for his CD Aire Latino, one of only six guitarists ever to win in the category of best instrumental soloist in classical music. 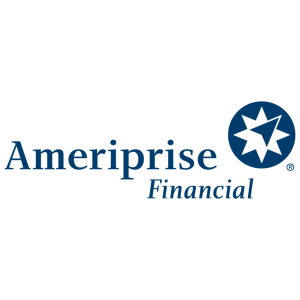