This program is presented in collaboration with Comité Mexicano de Cleveland (Mexican Committee of Cleveland)
as part of the Creative Fusion project from The Cleveland Foundation.

Creative Fusion videos were released throughout Summer 2021.
Click here to see all of the incredible projects from our artists-in-residence! 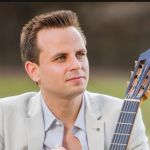 HERMELINDO RUIZ has been described as a “refined composer, creative guitarist, and a person of great virtues” by the Puerto Rican Association of UNESCO. He has been praised for his talent in music, as well as his creative personality and his enthusiasm. Hermelindo has been awarded by more than a dozen entities with awards such as the ‘Andrés Segovia’ (Compostela, Spain 2011) and the ‘Ángel Mislán Order’ (P.R. 2009). In addition, he has performed concerts in twelve countries, including stages such as the Carnegie Hall in New York, Festival Áureo Herrero in Spain, Festival ICPNA in Perú, among others. Click here for more information about Hermelindo Ruiz. 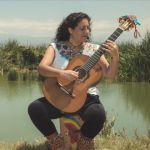 ANASTASIA SONARANDA is a Mexican guitarist, composer, and singer. She holds a Bachelor’s degree in guitar from the National Autonomous University of Mexico, being the first guitarist to graduate with original compositions combining both folkloric and academic components. She considers herself as a mentee of musicians Julio César Oliva, Marco Antonio Anguiano, and Miguel Peña. She has also complemented her education with renowned teachers in diverse disciplines, such as composition, guitar, harmony, jazz, singing, and popular and traditional music. Click here for more information about Anastasia Sonaranda. 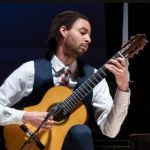 THOMAS FLIPPIN is an original and versatile voice in the world of contemporary music. Whether premiering new works with his pioneering classical guitar ensemble, Duo Noire; performing avant-garde art songs on the theorbo as part of Alicia Hall Moran’s Black Wall Street; or plucking the banjo in the American Repertory Theater’s critically-acclaimed premiere of The Black Clown, Flippin’s playing has been hailed as “lovely” (New York Times), and “spectacularly precise” (St. Louis Post-Dispatch). He is on faculty at Concordia College Conservatory and the Diller Quaile School of Music. Click here for more information about Thomas Flippin.

Sat Mar 6 (Spanish) / Sat Mar 13 (English) @ 7:30 PM Cleveland / 8:30 PM San Juan (Puerto Rico)
HERMELINDO RUIZ (Zoom event) – Caribbean Influences in Classical Music
In March, Hermelindo presented two online demonstrations outlining the significance of Caribbean music in classical music composition (one session in Spanish and the other in English). The presentations provided an overview of the music and composers of various Latin American countries. Click here to watch the video from this demonstration on our Facebook page. 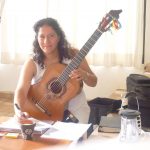 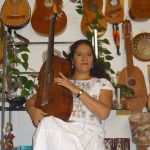