ANASTASIA SONARANDA is a Mexican guitarist, composer, and singer. She holds a Bachelor’s degree in guitar from the National Autonomous University of Mexico, being the first guitarist to graduate with original compositions combining both folkloric and academic components. She considers herself as a mentee of musicians Julio César Oliva, Marco Antonio Anguiano, and Miguel Peña. She has also complemented her education with renowned teachers in diverse disciplines, such as composition (Leo Brouwer and Jorge Ritter), guitar, harmony, jazz, singing, and popular and traditional music. 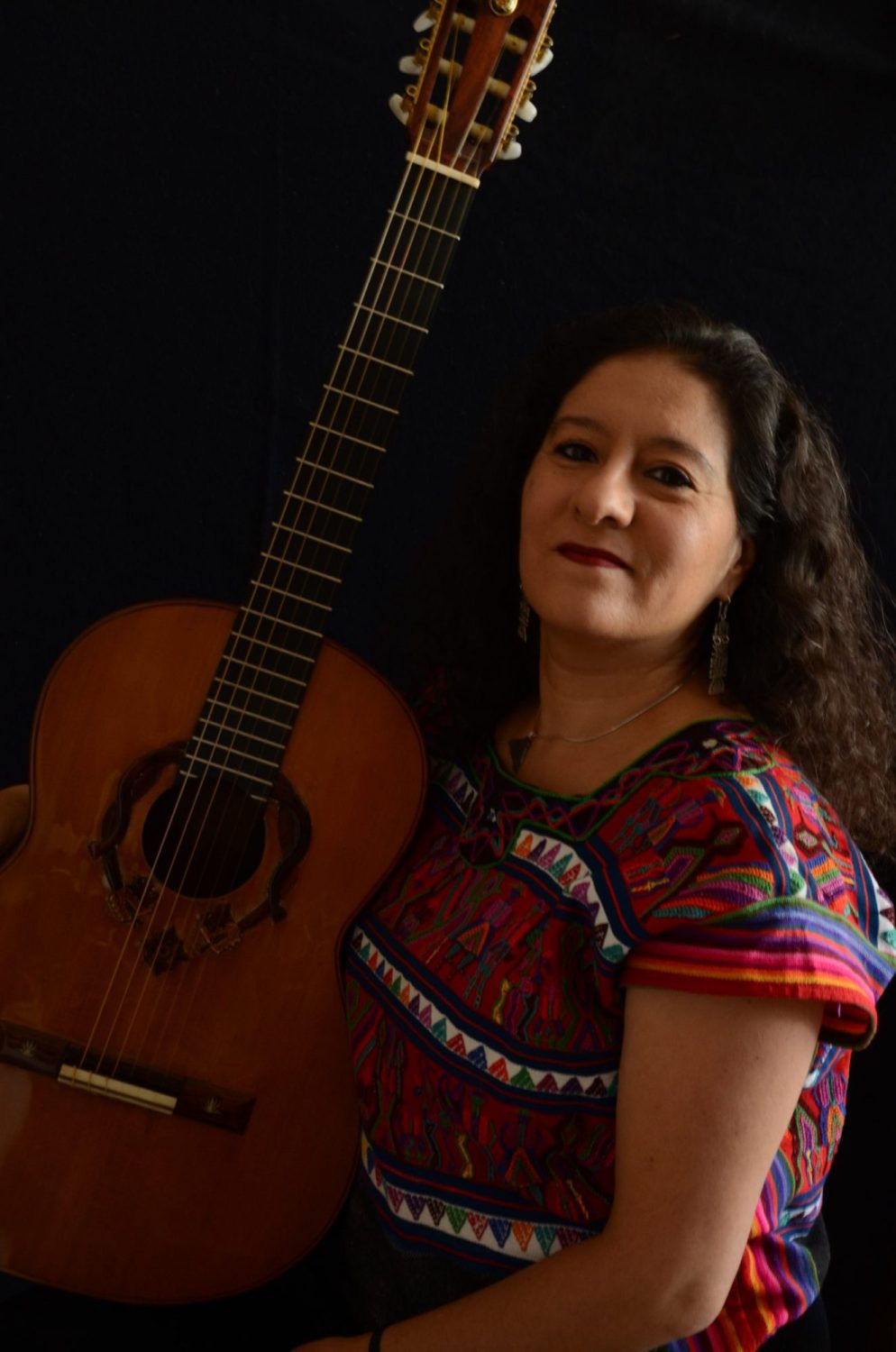 Anastasia has received two grants from the National Fund for Culture and the Arts, as a Mexican Traditional Musician and as a Young Creator. She is currently a member of the National System of Creators. She was the chief coordinator of the prize-winning project Mexican Guitar, as part of the collection Musical Testimony of Mexico, edited by the National Institute of Anthropology and History.

She develops musical projects in the Selva Lacandona, a rainforest area in Mexico, to promote ecology consciousness and cultural heritage. She promotes peace and preservation of Mexican and Latin American identity. Her work is highly influenced by Mesoamerican Cosmovision, especially by the work of historian Alfredo López Austin.

Anastasia’s music has been performed in Latin America, Europe, Africa, and Asia, either by prominent national and international guitarists, different types of ensembles, or in her own solo performance. Anastasia gives conferences, courses, and specialized workshops in Mexican and Latin American Guitar. Her music ranges from solo guitar, chamber and orchestral ensembles, and songs.

In December, Anastasia presented two demonstrations of selected instruments from her amazing collection (one session in Spanish and the other in English). The presentation focused on traditional music from five regions in Mexico: Región jarocha, Región huasteca, Istmo de Tehuantepec (Oaxaca), Penonsula de Yucatán, and Región mariachera. Click here to watch the video from this demonstration on our Facebook page.

In January, Anastasia introduced strumming patterns and techniques used in Latin American folk traditions. This Guitar Technique Session allowed for hands-on demonstration and practice of five musical genres representative of Latin American music. Anastasia provided detailed materials for all attendees to highlight the use of these strumming patterns in traditional Mexican songs.

The Creative Fusion video series opens with “Son de la Negra”, the first of four works created by Anastasia Sonaranda, each representing different regions of Mexico, styles of music, and approaches to performing. This arrangement for voices, guitar quartet, vihuela, and guitarrón is representative of a “son jalisciense” work.

“Cuyahoga Weeping” is an original work in the “son huasteco” style. This collaboration features a score for solo guitar composed and performed by Anastasia Sonaranda, with choreography and dance by Mexican artist Susana Weingarten Evert (who now lives in Cleveland). Many of Anastasia’s original works are inspired by nature. She was moved by the name and story of the Cuyahoga River, as reflected in this composition.

This arrangement of “La Llorona” was written as a “son istmeño” work. It is by far the most ambitious project in scale of the Creative Fusion video series, with over one hundred participants from Cleveland and Mexico (ranging in age from six through adult). Irma Pineda Santiago (Mexico) is a representative of indigenous culture to the United Nations. For this collaboration, she has written the poem “Gunaa runna’” (in the Zapoteco language) on the figure of La Llorona.Verses are sung by guest artist Martha Toledo Mar.

This arrangement by Anastasia Sonaranda of “El Cascabel” is an example of a “son jorocho” work. It features an unusual convergence of musical instruments and styles that, while very different, display similar characteristics. The piece includes improvisation from all of the performers, showcasing the unique instruments and creativity of each of the four artists. “El Cascabel” serves as the final work of the 2021 Creative Fusion video series.