Meet the people behind the organization! 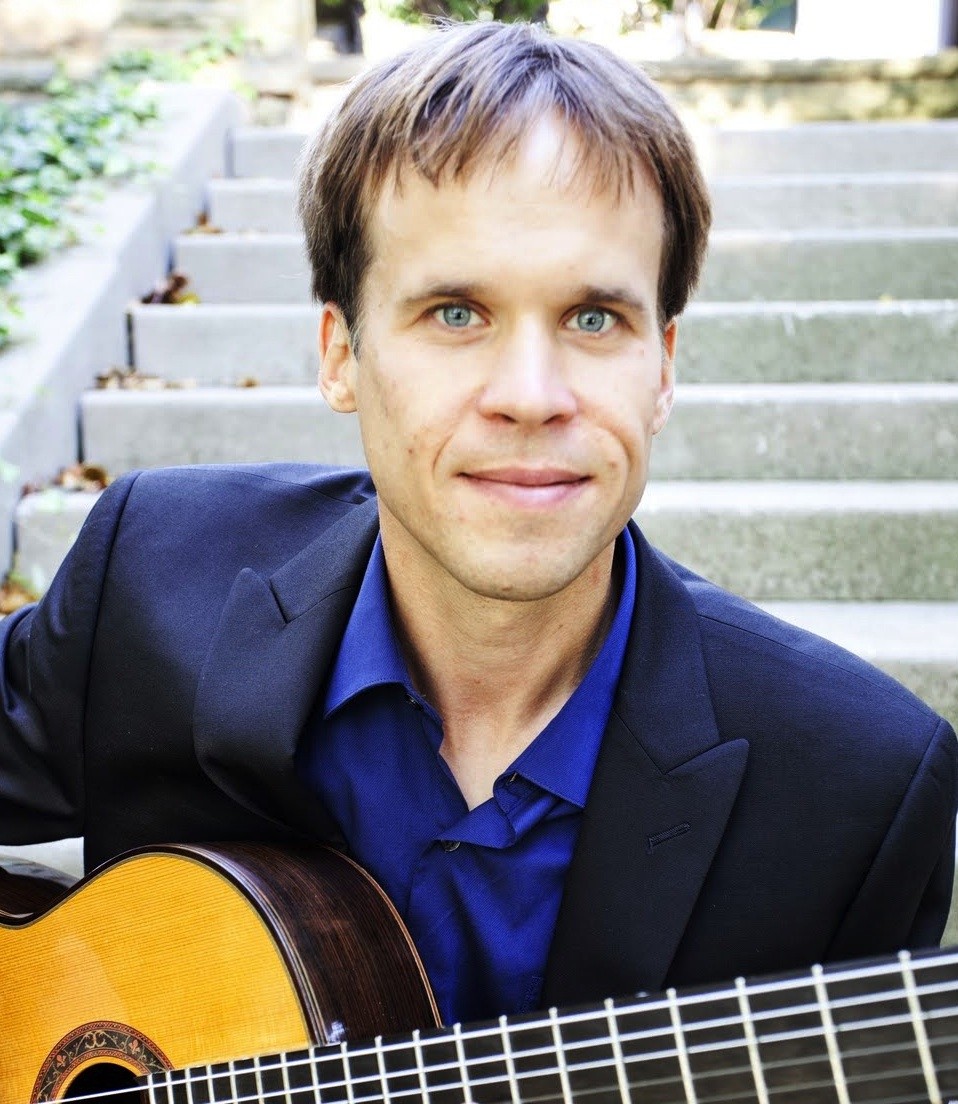 Cleveland Classical Guitar Society is headed by Executive Director Erik Mann, who has led the organization since 2009, a role which combines his love of classical music and education. Under his leadership CCGS has created the International Series, which now presents the finest classical guitarists in the world, as well as the Education Program, in partnership with Cleveland schools. Erik has been a faculty member at the Cleveland Institute of Music since 2004 and previously taught at three other colleges. He served for three years on the committee for review of stringed instrument applications of the Fulbright US student program. Erik’s performances on the classical guitar include The Cleveland Orchestra, Glimmerglass Opera, Erie Philharmonic, and Erie Chamber Orchestra. Erik holds degrees in music performance from Towson University and the Cleveland Institute of Music. In 2015 he was one of 25 arts leaders nationwide chosen for the Community Arts Education Leadership Institute (CAELI) of the National Guild for Community Arts Education. Adam Satorius has been involved with music, both as a performer and teacher, for most of his life. He became the CCGS Director of Education in 2021 after joining the organization as an educator in Fall 2019. He believes that every child should believe in their ability to learn, create, and collaborate. Adam’s musical background includes piano, guitar, cello, bassoon, and percussion. He has performed nationally and internationally in various ensembles and as a soloist. He has worked with students of all ages, from five years old through retired adults. Adam received Bachelor’s degrees in Classical Guitar Performance and Music Education from the University of Cincinnati College-Conservatory of Music, studying with Clare Callahan and Dr. Betty-Anne Gottlieb. As a native to the Cleveland area, the CCGS International Series was his first exposure to the classical guitar. Adam is passionate about providing high-quality, meaningful musical experiences for Cleveland city youth. He actively composes and arranges music for guitar that is pedagogically focused while engaging for students. As an educator, he strives to provide his students with the skills, knowledge, and experiences to discover a love of music-making and their own unique musical voice. Rodrigo Lara Alonso joined the faculty of the CCGS Education Program in Fall 2019 after being selected through a national search. In addition to his work as a full-time guitar instructor, Rodrigo serves as the Latinx Community Liaison for CCGS, and is fluent in three languages. He holds degrees in music and Latin American Studies from the National Autonomous University of Mexico, and postgraduate degrees from Federal University of Rio de Janeiro, and Indiana University Bloomington. Rodrigo has extensive experience conducting guitar ensembles, and is the founder of Sicarú, which has won eleven First Prizes in six different countries. His recording México de mis sueños (Orquesta de Guitarras Néstor Castañeda), and ¡Candombe! (Sicarú) are available on the Tempus Clásico label. He is currently working on his dissertation as part of a PhD degree in Music Education at The University of Southern Mississippi. Rodrigo is the director of the Cleveland Youth Guitar Orchestra. 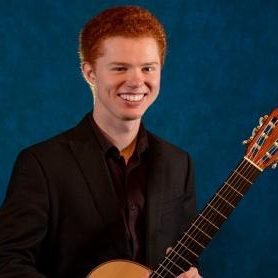 Baltimore native Andy Poxon joined CCGS as the first Teaching Fellow in Fall 2017. Now a lead teacher for the program, he is an accomplished guitarist and arranger across many styles and genres. As a guitarist, Andy has won numerous competitions and awards across the United States, and has played at venues such as the Kennedy Center, the Sacramento Music Festival, and Festival D’été, both as a soloist and with various bands. He has recorded three albums of original music released on Ellersoul Records, which have received extensive airplay on Sirius/XM radio and have been nominated for numerous awards. Andy is an active freelance musician in Cleveland, including several performances as a guest musician with The Cleveland Orchestra. As an arranger, he has been commissioned by Grammy-award winning artists such as Jason Vieaux and Anne Akiko Meyers. Andy holds degrees from Towson University and the Cleveland Institute of Music. In addition to CCGS, Andy is a faculty member of the CIM Preparatory Department. 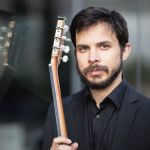 Jeremy Bass joined CCGS as a contracted teacher in January 2020.  He specializes in contemporary music for classical guitar, and in recent years, has focused on historical plucked strings. Jeremy has performed with the Atlanta Symphony Orchestra, the Peoria Symphony Orchestra, and the Lexington Chamber Orchestra. He was a fellow at SoundSCAPE and Nief-Norf, and guest artist with Alia Musica Pittsburgh and the College-Conservatory of Music in Cincinnati. His principal teachers were Dieter Hennings, Andrew Zohn, and Rafael Scarfullery. Jeremy holds postgraduate degrees from the University of Kentucky and Columbus State University, and was a 2018-2019 Fulbright Scholar Grantee at the Universidad Complutense de Madrid. His solo debut recording, David del Puerto: Guitar Sonatas, Volume I, is available on the Orpheus Classical label. He can also be heard on the Irish-Americana group Wolf and Clover’s self-titled album. A fluent Spanish speaker, Jeremy is a Returned Peace Corps Volunteer (Ecuador 2007-2009), and a graduate of Woodstock School, Mussoorie, India. 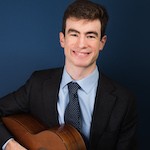 Kevin Covney is a classical guitarist and music educator based in Greenwich, CT and teaching for CCGS’s remote platform, Guitar@Home Academy. In his teaching, Kevin focuses on a compassionate, equitable, and student-centered teaching approach, which helps learners of all types achieve their musical goals. As a performer, he has collaborated in Upstate New York with groups such as the Orchestra of the Southern Finger Lakes and Opera Ithaca, and has also played in masterclasses for Grammy-Award winner Sharon Isbin in the 2019 Aspen Music Festival. Kevin received his Bachelor of Music in Music Education from Ithaca College, and a Master of Music in Guitar Performance from the Cleveland Institute of Music, where he studied with Grammy-Award winning guitarist Jason Vieaux and Colin Davin. 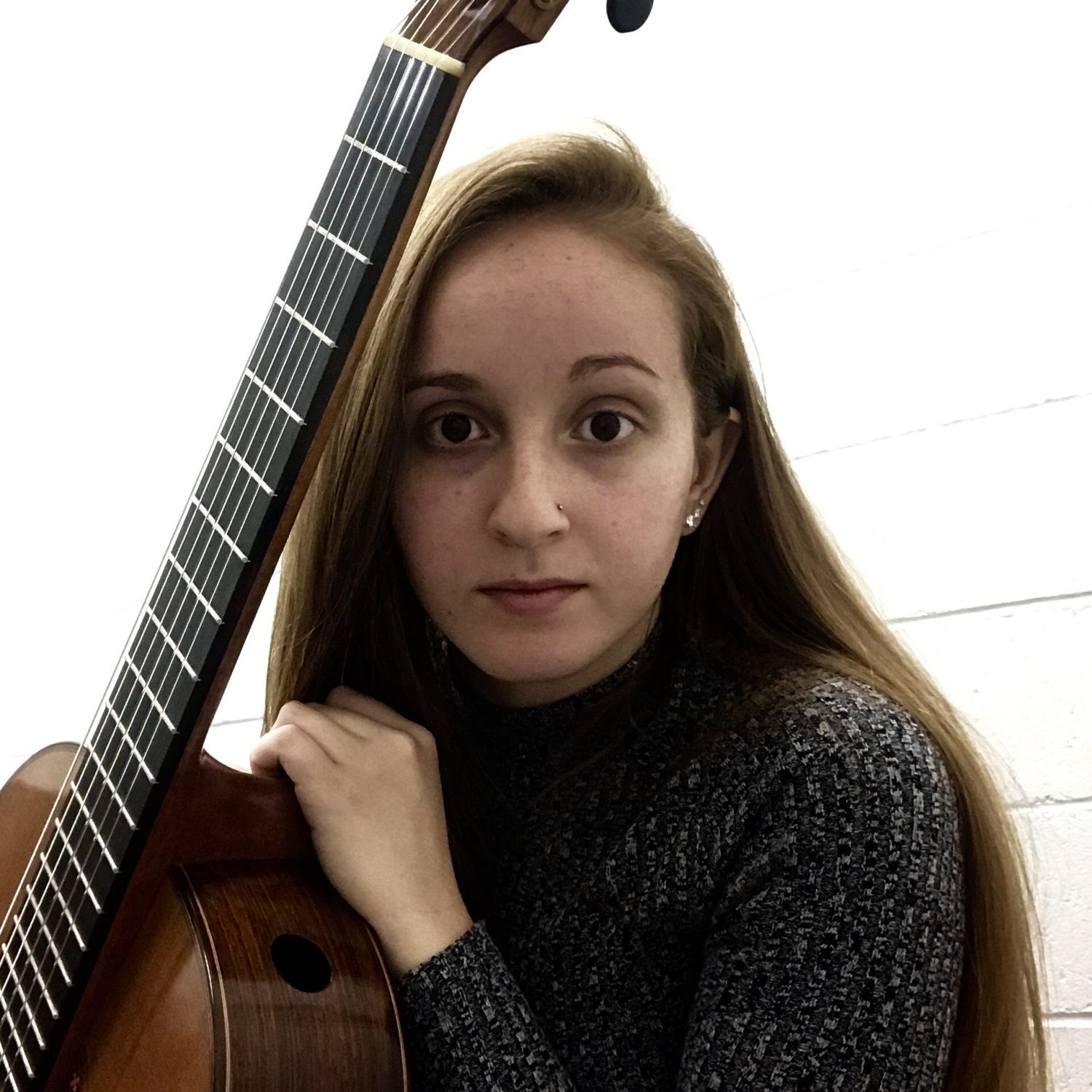 Maryam Hajialigol was introduced to CCGS as a Teaching Fellow in 2018. She is an award-winning classical guitarist, using her passion for performance and her experience in education to promote guitar in the world of classical music and beyond. She has given performances at diverse venues such as the John F. Kennedy Center in Washington D.C., the Cleveland Museum of Art, and the U.S. Department of Education. Maryam is currently a teaching artist in the Roaring Fork School District in Colorado, serving the community through the ArtistYear AmeriCorps program.  She also teaches guitar classes through the nonprofit program Lead Guitar in partnership with the Aspen Music Festival & School. Her additional experience in education and the public sector includes time working for the Cleveland Classical Guitar Society, the Yale University Music in Schools Initiative, and the City of New Haven Department of Arts & Culture. Maryam completed her Bachelor of Music degree at the Cleveland Institute of Music, where she studied with Grammy award-winner Jason Vieaux; she received her Master of Music degree studying with Benjamin Verdery at the Yale School of Music. 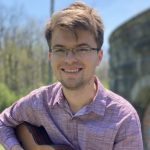 Craig Slagh joined CCGS in Fall 2021 as a contracted teacher. He began his music career in Cincinnati working with Jeremy Collins and Rodney Stuckey at the Cincinnati Conservatory of Music Prep department. He received his Bachelor of Music Performance in May 2021 from Oberlin Conservatory. At Oberlin, he studied under Stephen Aron and received numerous honors and rewards that included being a finalist in the Jim Stroud All-Ohio Guitar Competition and performing in the Dannenberg Honors Recital. He also studied the Renaissance Lute and Baroque Guitar with Oberlin’s Early Music division. This led to him doing research in early English Music and transcribing pieces by numerous composers from lute tab to modern guitar notation. Craig now lives in the Avon area where he teaches a large studio of students and is serving with AmeriCorps as a math tutor. He also works on arrangements and compositions for guitar with a special interest in video game and movie soundtracks.

Rob Thorndike has been a lead teacher with CCGS since Spring 2018. He has had a diverse career as a musician, actively working as a guitarist, music director, and composer in Cleveland after completing his classical guitar studies with Dr. François Fowler at Youngstown State University, where he earned his degree in guitar performance and music education (2011). Currently, Rob is a guitar class instructor and private lesson teacher at several CCGS partner sites throughout Cleveland. In addition to his work for CCGS, Rob teaches guitar lessons, classes, and camps at Chagrin Valley Music in Chagrin Falls, and is Music Director at the UMC of Chagrin Falls. As an active composer, he scores music for film, brand-based media, and arranges music for high school vocal and instrumental ensembles.

Kadirah McJunkins joined the CCGS teaching roster in March 2020 as the organization’s Teaching Assistant. She started learning classical guitar four years ago through CCGS classes at her school. She is an active student in the CCGS Education Program, performing regularly with the CCGS Advanced Quartet at events around Cleveland (including the MLK Day Celebration at the Cleveland Museum of Art and the CCGS International Series). As a soloist, she has participated in the organization’s open recitals and masterclasses. Kadirah was named the 2020 CCGS Education Program’s Student of the Year, awarded at the annual Showcase Concert. Her duties as the CCGS Teaching Assistant include assisting with classes, working one-on-one with students, and recording videos of student repertoire. A multi-talented artist, Kadirah is pursuing her visual arts talents at the Cleveland Institute of Art, where she is majoring in Animation. 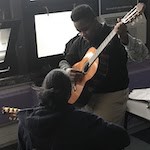 Damian Goggans started playing guitar in 2016 at Citizens Leadership Academy in an after school guitar club taught by Brian Gaudino, the former Director of Education for the Cleveland Classical Guitar Society (CCGS).  Since then he has accomplished many wonderful things including: being on national television and radio, performing his own composition in Severance Hall and studying with virtuosic guitarists such as Adam Holzman (Brevard) and Mathew Cochran (Interlochen). Damian was an inaugural member, and now a recent graduate,  of the Musical Pathway Fellowship where he studied with Erik Mann, the Executive Director of CCGS. He is one of fourteen students from seven countries accepted into the inaugural Guitar Foundation of America Mentorship Program, where he has been studying with American guitarist Christopher Mallett and French guitarist Raphaël Feuillâtre. In May of 2020 he graduated from the Cleveland School of the Arts (CSA) high school where he majored in Orchestra under the direction of Dianna Richardson. Currently, Damian is pursuing a Bachelor’s Degree in Classical Guitar Performance at Oberlin Conservatory with Stephen Aron. Damian believes that his role as an African American Classical Guitarist is to help diversify the field of classical music. He wants to help promote the idea of musical equality and to help make classical music more accessible to  everyone no matter what their race, nationality, or religion is. While this is a huge task, he intends to start by performing compositions from more people of color and bringing classical guitar to those of us who wouldn’t normally get the opportunity to take part in the creation of our musical language. He intends to use his music and his new classical guitar, a Glenn Canin that was purchased by Greg Maloney of Gifted Guitars, as a weapon against injustice. All Damian’s performances and accomplishments are dedicated to his brother,  and guardian angel, D’King Goggans who passed away in August of 2020.
× product(s) added to cart → ×