THOMAS FLIPPIN is an original and versatile voice in the world of contemporary music. Whether premiering new works with his pioneering classical guitar ensemble, Duo Noire; performing avant-garde art songs on the theorbo as part of Alicia Hall Moran’s Black Wall Street; or plucking the banjo in the American Repertory Theater’s critically-acclaimed premiere of The Black Clown, Flippin’s playing has been hailed as “lovely” (New York Times), and “spectacularly precise” (St. Louis Post-Dispatch). 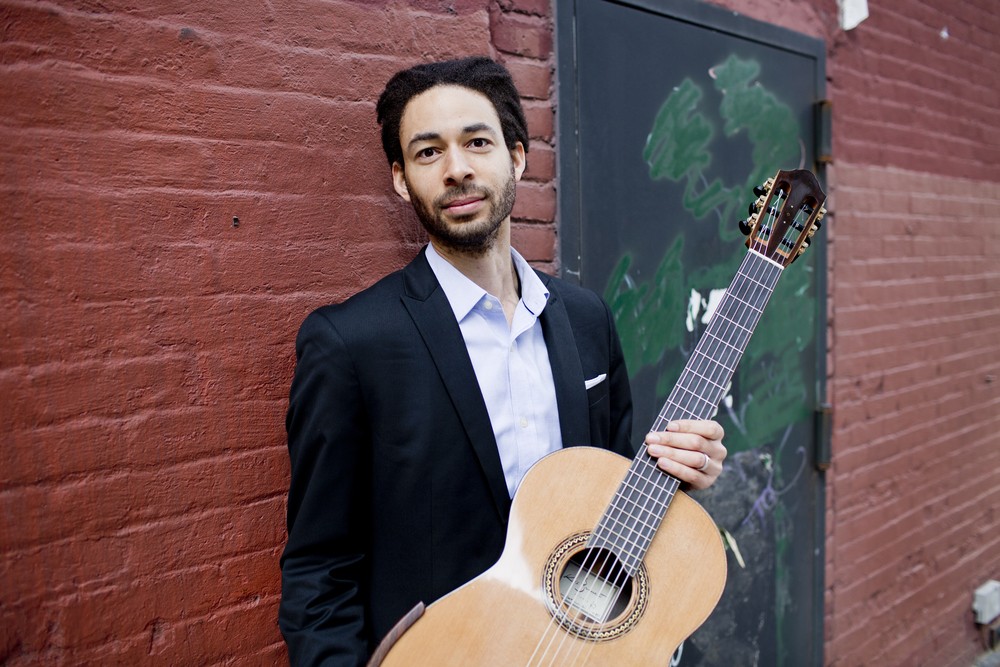 Flippin’s 2018 album, Night Triptych, was released on New Focus Recordings as the culmination of a 2015 project he launched with the Diller Quaile School of Music to address the lack of female representation in classical music. Featuring new works exclusively by leading women composers, it was praised for being a “truly pathbreaking recording” (AllMusic), that is “astounding” for its “sheer musicality” and “goldmine of ideas and feelings” (Stereophile). It was named one of the Best Classical Music albums of 2018 by both AllMusic and I Care if You Listen.

Flippin graduated with honors from the University of Chicago, where he was awarded the undergraduate composition prize. He then earned Master of Music and Artist Diploma degrees from the Yale School of Music. He studied composition in courses taught by David Lang, Martin Bresnick, and Michelle McQuade DeWhirst. Additional studies were with Ingram Marshall and John Anthony Lennon. His primary teachers were Benjamin Verdery, Denis Azabagic, and Dr. Julie Goldberg. He is currently on faculty at Concordia College Conservatory and the Diller Quaile School of Music and is an avid mountaineer.

“A Dark Winter in a Lost Year” was written in response to events that shaped the past year, reflecting the weight of the pandemic, the racial injustice of George Floyd’s murder, and the disruption of education due to remote learning. The composition features recordings and narration of text from Americans impacted by COVID-19, collected by composer Thomas Flippin.

The Covenant:
Passacaglia for Minneapolis
composed by Thomas Flippin
(July 30, 2021)

“The Covenant: Passacaglia for Minneapolis” is an original composition by Thomas Flippin. This powerful work recounts WWI veteran Arthur Lee, who as a Black American was told he could not live in his home because the neighborhood had a Restrictive Racial Covenant. A daily mob of up to 4,000 people assembled outside his home that summer, issuing taunts and death threats. Through the turbulent times, Lee was supported by friends of all races, who stood by and watched over his family’s house day after day.